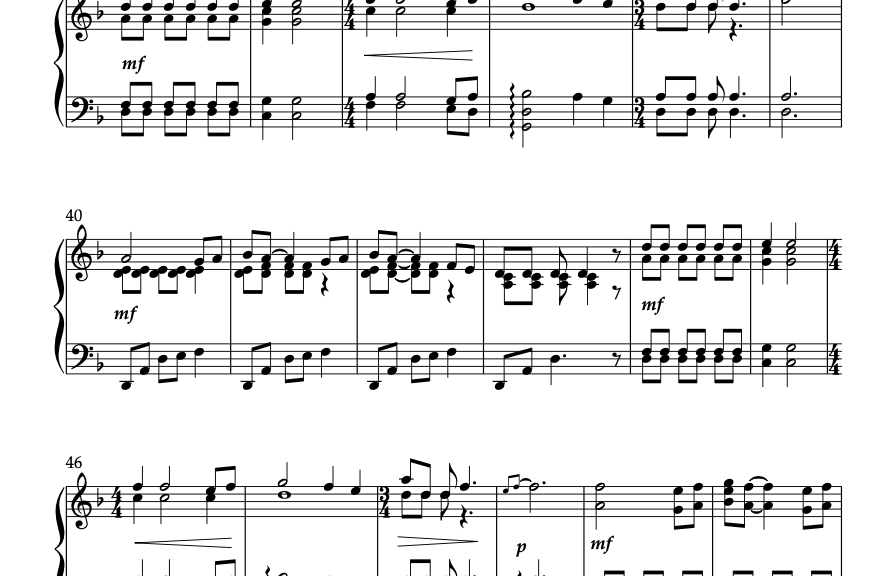 “Plyve Kacha” or “Plyve Kacha Po Tysyni” translates literally to “the duckling swims”, but the lyrics are a dialogue between a mother and a son going off to war, according to the BBC’s Irena Taranyuk. She translates two of the most moving lines of the song this way: “My dear mother, what will happen to me if I die in a foreign land?” “Well, my dearest, you will be buried by other people.” Dozens of people were killed by snipers in Maidan on February 18th and 20th, 2014 and were buried and mourned in a mass funeral on February 21st, with this song being used to memorialize their lives.

On February 27 2022 I made an arrangement from a Youtube setting for voice and piano. I arranged it for piano solo intermediate. I also put a translation of a French translation into Dutch. You can freely use it. For yourself, for your students. The more people who will play it, the better. When you don’t play the piano yourself, please pass it on to people who might appreciate it. You can download de pdf below.

Ps it has a strange lay-out when you look at this pdf below (I don’t know what happened) but your download will be normal sheet music.

Pianiste Janneke Koetsier is playing my arrangement in the Youtube video: