On the 10th of July I spoke about the masterclass of Bernard Duerksen. Bernard began playing the piano by ear at 5. His early training included studies with Hilda Reimer, followed by instruction from pianists Peter Katin, Jane Coop, Robin Wood, John-Paul Bracey, and composers Peter-Paul Koprowski and Gerhard Wuensch. He has been actively teaching and adjudicating for 31 years. His students are frequent prize winners in festivals.

I try to to highlight some expressions or things he said during the masterclass:

– Bernard compared the beginning of ‘Ecossaise’ from Hummel as if someone throws a stone into the water: big splash. This is a very vivid picture!
– You choose for your fingers, don’t let your fingers choose for you!
– A second time something must always sound different
– Two or more notes in a row don’t have the same loudness: knock it off!
– A musician must look ahead while you are here! Like a pilot in an aeroplane. A performer has to be ahead.
– Play slow, think fast.. look where you are going!
– Edison didn’t invent the lightbulb at once.. it took him some time. You don’t have to do everything perfect at once, either.. as long as you are doing your best.
– Minuet: don’t dance in boots but in slippers. If you do to much rubato in a Minuet, the dancers will fire you!
– Practise that everything is alright before you start. No rush.
– Soft tone is less and slower movement, loud tone is bigger and faster movement of your fingers
– Overdo: if you want your right hand to sound loud, play it two times louder than necessary..
– Dynamics: don’t only think dynamics, but DO them
– Wild Rider/Schumann: rider has to been thrown from the horse. Roller coster. Don’t be polite!
– Little Waltz/Gurlitt: solo instrument with orchestra
– Practise your skills

On Sunday 9th of July the Canadian concertpianist Bernard Duerksen gave a beautiful recital at Bol & Sanders. In the afternoon there were masterclasses to students of Janece Milos, Jana Neplechovitsj and Heleen Verleur. In the next days I will try to tell more about the masterclasses. Bernard Duerksen is not a 100% Suzuki teacher, but his way of teaching has lots in common with Suzuki. In fact: I don’t see a real difference. Bernard also received Suzuki lessons as a student. 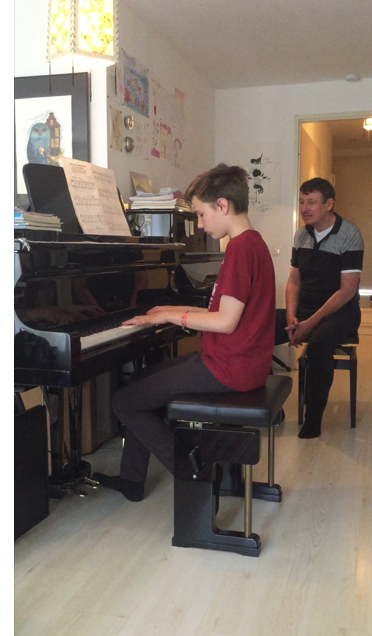 Yesterday a wonderful Suzuki grouplesson of book 1 and 2 took place at the pianoshop of Bol & Sanders at the Ceintuurbaan in Amsterdam. 16 children were playing with lots of enthousiasm pieces from book 2 and 1. They were all students of Suzuki pianoteachers Jana Neplechovits, Janece Milos and Heleen Verleur. While book 2 children were performing, book 1 children did a Quiz that Heleen had made for this occasion. Five winners got a prize and the others a consolation prize (Chinese fortune coockies).
Here are some photos and the Quiz.

At the end of the lesson the Canadian concertpianist Bernard Duerksen gave a beautiful mini recital with works of Mozart, Rachmaninov, Liszt and Chopin. The children were impressed by the sound that came out of his grandpiano.
Later in the afternoon Bernard Duerksen gave masterclasses to our students. I will tell more about that in a following message. 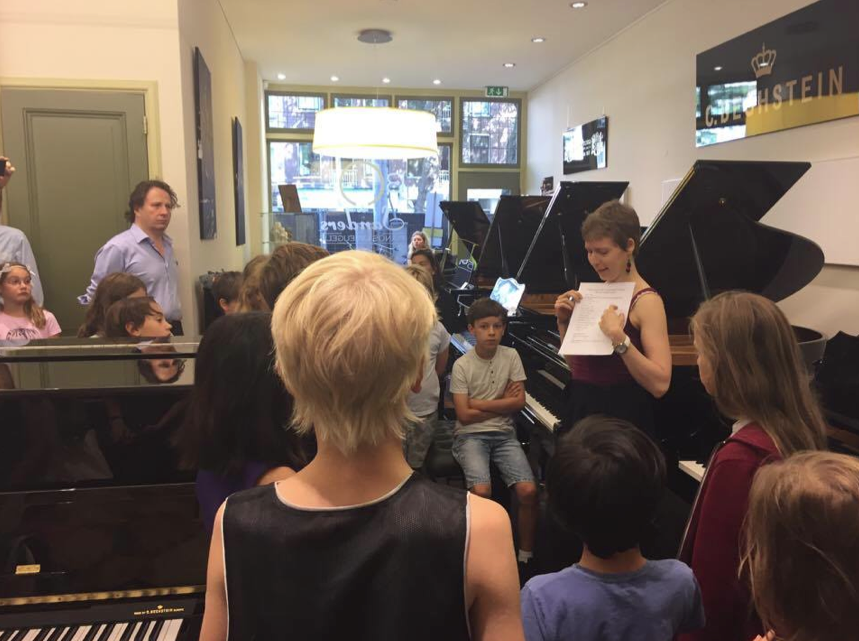 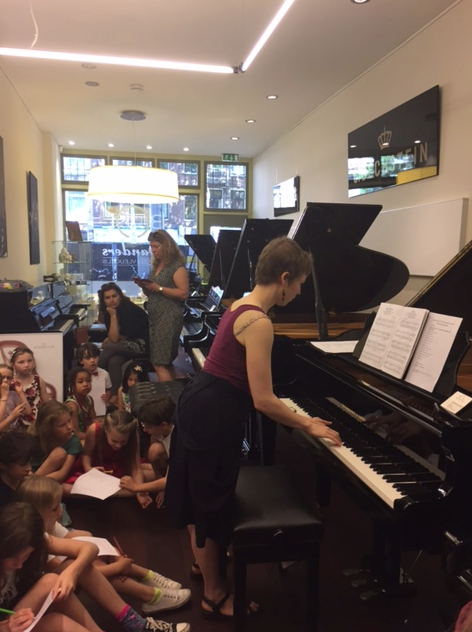