Journalist and author Daniel Coyle found out that deep practise significantly increases the layering of a neurological protein known as myelin, which wraps around the neural circuits when they fire – and the more an activity is repeated, the more myelin develops in the brain. It increases electrical resistance across the cell membrane by a factor of 5,000 which helps to prevent the electrical current from leaving the axon. Coyle discovered that the layering of myelin exponentially increases the rate at which we learn.

This is good news for all of us trying to learn to play the piano! 🙂 And also a scientific prove that repetition and ‘chunking’ really helps! 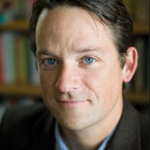 One element of deep practise is chunking, when you’re breaking your practice down into the smallest component and working on one aspect at a time and then adding those chunks together. That pattern where you’re breaking it down, slowing it down, speeding it up, making a mistake and fixing that mistake, looks horrible and ineffective and slow, but in fact it’s not. This ugly piecemeal, broken up practice is calculated to produce ten times faster learning than normal practice. That doesn’t seem to make sense until we see it as an act of construction. You’re actually building this neural circuit.

To make it work well, then once you have whatever it is down accurately, whether it’s a piece of music or a move on the soccer field, you have to repeat, repeat, repeat, a process which literally is wrapping that circuit in myelin. Once that neural road is paved through repetition, the traffic on the road, i.e. the electrical signals, can go not just ten times faster but hundreds and thousands of times faster. It’s literally like installing broadband in your brain.